Danny Nguyen Couture takes on the CATWALK TO SIDEWALK

Danny Nguyen's foundation in the fashion world is rooted in the soil of humility. He began as a child, under the wing of his mother. Predating his arrival to the United States, Danny would be seen at a very early age cutting fabrics, collecting designs and assisting with custodial chores around his mothers alteration. During this period, he developed and refined many of the essential skills of a fine fashion designer. Danny has developed further in many other aspects of th

Magnolia Silks’ back to school fundraiser!! 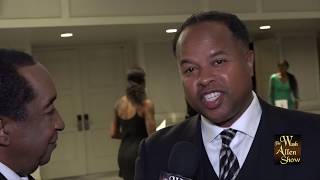 Behind the scenes at the MARJEN MAGAZINE shoot

Thank you for attending our pop up shop 💕

Magnolia Silks’ back to school fundraiser!!

Detoxing During The Pandemic